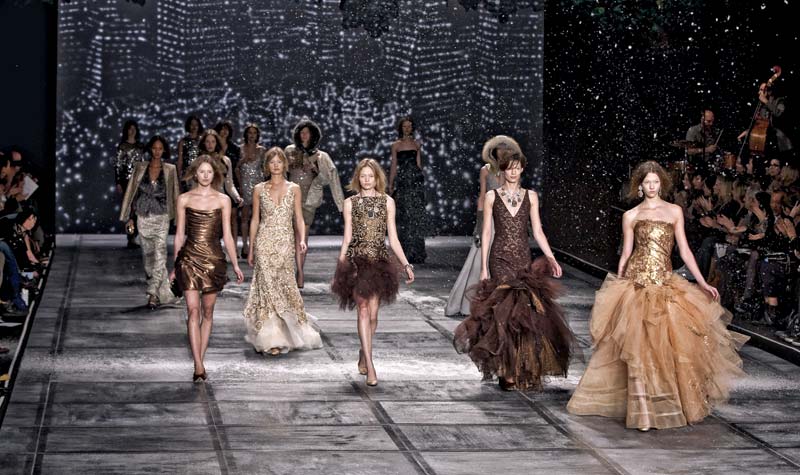 Flex Over Your Peers ! Pronounce These Designer and Brand Names Correctly

The fashion world is filled with tongue twisting words which can cause the best of us some embarrassing moments , getting the name wrong  of the newest And hottest label in the business world would throw you off the racks instantly.

Don’t worry we have prepared a list of important names in the fashion world for you !

Learn to pronounce them correctly and get a step ahead from your peers !

This list is your pit stop to improve your fashion linguistic skills and your knowledge about a few brands.

About the Brand : Lanvin is a French multinational high fashion house, which was founded by Jeanne Lanvin in 1889. It is the third oldest French fashion house still in operation. In 1990, the house was taken over by the Orcofi Group, then sold to l’Oréal in 1996.

Commonly mistaken for: ‘Moh-shee-no’
But actually it’s pronounced: ‘Mos-key-no’
About the brand : Moschino is an Italian luxury fashion house, specialising in leather accessories, shoes, luggage and fragrances. It was founded in 1983 by Franco Moschino in Milan.

About the brand : GIEVES & HAWKES are a bespoke gentleman's tailor located at 1 Savile Row, London. Founded in 1771 and owned by the Hong Kong conglomerate Trinity Ltd, Gieves and Hawkes is one of the oldest continual bespoke tailoring companies in the world.

About the brand : Hermes is a fashion house steeped in history and tradition. Family-owned for five generations, the label is a symbol of class worldwide. From beginnings in saddlery and fine equestrian leather goods, Hermes today are best known for their handbags as well as a range of other superior items.

About the brand : Ralph Lauren is an American clothing designer best known for his sportswear line Polo Ralph Lauren, the centerpiece of his fashion empire.

About the brand : Louis Vuitton is the world's most valuable luxury brand and is a division of LVMH. Its products include leather goods, handbags, trunks, shoes, watches, jewelry and accessories. Most of these are adorned with the LV monogram.

About the brand : Givenchy is a French luxury fashion and perfume house. It hosts the brand of haute couture clothing, accessories and Parfums Givenchy, perfumes and cosmetics. The house of Givenchy was founded in 1952 by designer Hubert de Givenchy and is a member of Chambre Syndicale de la Haute Couture et du Pret-a-Porter.

About the brand: Miu Miu is an Italian high fashion women's clothing and accessory brand and a fully owned subsidiary of Prada. It is headed by Miuccia Prada and headquartered in Paris, France.

About the brand : Balenciaga is most known for revolutionizing women's fashion with never-before-seen shapes in the mid-20th century, such as the “ballroom hems” of the early 1950s, the “semi-fit” lines of the mid-50s.

Some Others Brands And A Quick Guide To Their Pronunciation -